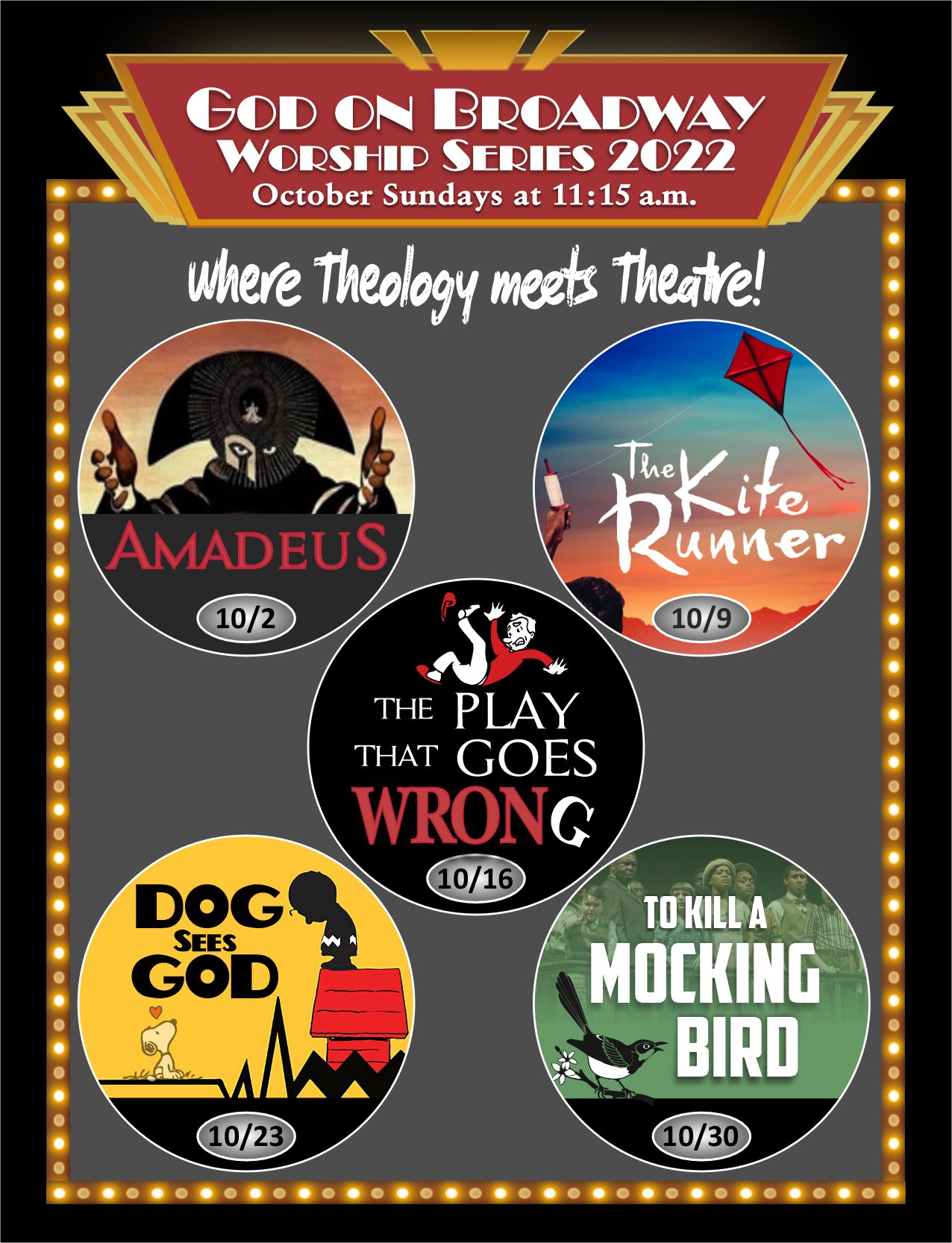 Where Theology and Theatre Collide!

"God on Broadway" is a series of worship services during the month of October each year. The series uses the theme of a Broadway musical or play each Sunday, and each service has a sermon that is based on that Broadway production and contains songs and music from the production. "God on Broadway" celebrates God's Word and Love as inspired by the Broadway musicals.
The vibrant choir of Asbury Memorial, directed by Ray Ellis, plans and rehearses far in advance for the songs that they will perform—and the Rev. Billy Hester brings out the crux of the worship service in his stimulating, and sometimes rather amusing, sermons, which he centers on the basic theme of the production. "God on Broadway" is a different approach to presenting the Gospel. It intertwines the production with the words of Jesus Christ, whether it is about temptation from the devil, as in Damn Yankees, or forgiveness in Les Miserables, or getting along with one's neighbors in Oklahoma.
Billy Hester and his wife, Cheri, are both veteran actors from Broadway and off-Broadway shows, and they bring their skills and talents to a welcoming congregation. The first series started in October of 2005, with the second series in October of 2006. For October of 2007, the themes were based upon: Pippin, Rent, The Fantasticks, and Wicked.
God on Broadway brings a whole new approach to spirituality, the quest for God, and the love of Christ. It also is an enticement to invite a friend to church.

NOTE: All music used by the Asbury Memorial Choir has been purchased, and there is never any illegal duplication or copyright infringement. Asbury Memorial Choir is a volunteer choir and does not perform for a paid audience, nor does it charge admission for the "God on Broadway" Worship Series. There are no known copyright restrictions being violated as a result of these productions.